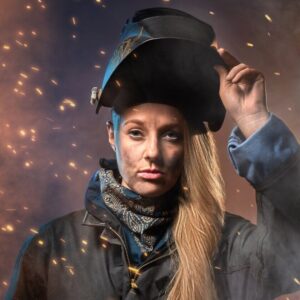 More women are embracing energy jobs, helping to drive innovation at their companies

Innovation is critical for the power industry to continue to deliver both traditional and new forms of energy safely, reliably, and efficiently.

While continued innovation drives and sustains growth, research from Ernst & Young Global Limited suggests the one piece of the puzzle energy companies need to get there is greater gender equality in their businesses.

Studies have shown that companies with strong female leadership deliver a 36% higher return on equity and that companies with at least one female executive board member outperformed those with male-only boards. These numbers demonstrate there is a tremendous need and opportunities for women in the energy sector.

In fact, efforts to increase the number of women in energy are growing.

“We’ve seen a dramatic increase in women’s participation in industry associations and at executive conferences and leadership roundtables,” explains Colleen Starring, senior vice president and chief operating officer of Washington Gas. Starring also leads the operations of AltaGas’ U.S. utilities and is president of SEMCO Energy. “From my perspective, especially in the board room, change is happening rapidly, and it is exciting.”

In fact, in July, Starring attended a board meeting where women outnumbered the men in the room – six to four. “That was so empowering and a very proud moment and recognition of how far we have come,” she says.

A growing number of women are looking to the energy industry as a source of well-paid employment with strong opportunities for career advancement.

An Introduction To Energy 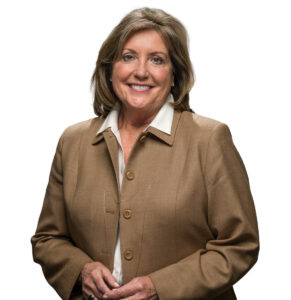 Starring has worked in the energy industry for 44 years.

Growing up in Michigan and with a business management degree background, she discovered the energy industry through a recommendation from her father. He knew someone at the Battle Creek Gas Co., which was later acquired by SEMCO Energy, and she obtained her first job through that connection. For her first 20 years, she worked in customer service and billing, measurement, and spent time in field operations and technical services.

Her opportunities for advancement and growth continued. “I kept moving and acquiring skills along the way,” she says. Starring built a solid foundation, leading her to become president of ENSTAR Natural Gas Co. in Alaska, senior vice president of utility operations of AltaGas, and president of SEMCO Energy in Michigan.

Over the years, she’s had other opportunities crop up outside of energy, but “every time I considered a career change, another new opportunity came up in energy and it was more exciting and rewarding for me to continue on that path,” she shares.

Shannon Pierce had a similar start in the energy sector. She graduated from law school in May of 2001 and knew she wanted to be a corporate lawyer. A law firm she worked for the previous summer offered her a job to start in September of 2001. What she didn’t know was that the company also had an energy and utilities practice. “I got the assignment from my HR director and thought it was a mistake because I didn’t have a technical background,” Pierce says. “But the HR director said I didn’t need a technical background and that I would love this area of the law. ‘Just trust me,’ she said. So I did.”

The year 2001 was an interesting time to join the energy industry when Enron filed the largest corporate bankruptcy in U.S. history and rolling blackouts were happening in California stemming from deregulation and consumer price caps. Pierce was able to learn the industry rapidly.

She spent three years at the company before getting an opportunity to work in the legal department for a client, which today is known as Southern Company Gas. For eight years she represented the company on Federal Energy Regulatory Commission matters and other legal and state regulatory matters involving the company’s relationships with interstate pipelines. Then Pierce made the shift to lead a team of regulatory, governmental and community affairs strategists and business advocates for the company’s Georgia, Florida and Tennessee natural gas utilities, which included managing the relationships between the utility and the certificated retail natural gas marketers in Georgia. From there, she became the vice president of operations for Nicor Gas, a natural gas utility and the largest subsidiary of Southern Company Gas. 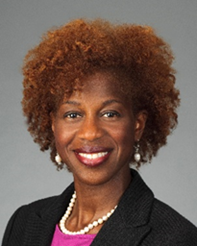 In July 2020, Pierce joined SouthStar Energy Services as vice president of growth and chief external affairs officer, moving from the utility sector to a different segment of the energy business. SouthStar currently serves over 600,000 residential, business, large commercial and industrial customers in retail natural gas markets across the United States. While Pierce still has regulatory, government and community affairs responsibilities, she has a new goal of creating value-driven relationships that drive new lines of revenue by focusing on customer needs and new markets for sustained growth. She also has operational responsibility for the company’s business-to business segment.

Both Starring and Pierce agree that having an understanding of operations and regulatory issues in energy gave them the skills necessary to obtain leadership positions.

“I always tell employees that come to me and ask for advice on advancement not to be afraid to do something completely out of their wheelhouse,” Starring says. “I often suggest they spend time in regulatory, and I tend to get groans. But understanding the regulatory framework and requirements is fundamental and so important, especially now as the industry is rapidly changing. Utilities and regulators will need to work together to chart a path forward very different than the last 50 years. It is tremendously exciting and fulfilling work.”

“Understanding the regulatory process and how the financial piece works in a regulated industry is crucial to understanding the business,” Pierce agrees. “Having both knowledge of how we serve customers operationally and learning how the regulations vehicle allows us to have access to the resources to serve customers can provide women with great bookends of experience.”

Energy In Her Heart 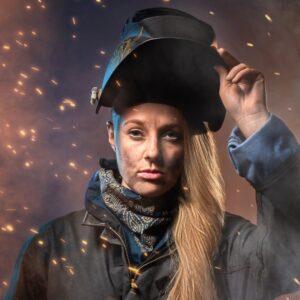 While Starring and Pierce were introduced to the industry by others, Kylie Hrubes knew she wanted to be a welder since her time working on the family farm in Montana. She just didn’t know that her love for welding would lead her to energy. “I fixed the bucket on a backhoe at 12 years old and fell in love with welding; they couldn’t get me out of the shop,” she says.

But as she grew older, she veered away from welding, listening to her small-town neighbors tell her it was untraditional for women to pursue.

A serious car accident in 2014 where Hrubes suffered a broken pelvis and hip, internal bleeding and a stroke brought her back to welding. “I couldn’t walk for months, needed heart surgery and was even told I may never walk again or be able to hold a full-time job,’ she explains. “I told them, ‘I will; just watch me.’”

After getting her health back on track, she began working at a bar in downtown Salt Lake City. She was 27 and felt like she needed to come up with a plan for what she was going to do with her life going forward. She asked herself: “What do I love to do?” Hrubes returned to welding – a passion that had never gone away. She immediately enrolled in the local community college to obtain her welding degree.

Two weeks later, Hrubes met a female HR executive who works for Dominion Energy and was having dinner at the bar. She told Hrubes about a conference opportunity at Dominion Energy. The event was only open to 125 students and since Hrubes was just beginning her welding degree, she didn’t have high hopes of earning a spot, but she filled out the application anyway.

Not only did Hrubes earn her spot, but she was one of the 50 students Dominion hired for internships at the end of the conference. As the only welder in the room and one of the few females, Hrubes stood out, impressing Dominion leadership. The six-week internship turned into a 12-week internship and then a part-time job while Hrubes finished school. After graduation, she was offered a full-time position as a welding technician, a new position Dominion created for her.

Did Hrubes think welding would lead to a career in energy? No. But as a dying art, welding is something energy companies need. “In the next two years, there will be more than 250,000 welders retiring, and businesses are already short-handed,” Hrubes says. “It’s not an easy job, but it’s so rewarding.”

Being a Woman in a Male-Dominated Industry

Early in Pierce’s career, she remembers attending an industry meeting with her boss at that time, who has remained a trusted mentor and friend. Both were Gen-Xers, and her boss is Asian-American and she is a black female.

“We looked around the room and quickly saw how underrepresented we were,” Pierce says. “My boss leaned over and said, ‘We have a lot of opportunities here.’” That was a gift he gave to me. Instead of simply pointing out what was obvious to us and having negative feelings, he focused on the opportunity that our being in that room presented us. It really changed my mindset around not only my personal opportunities in the industry, but also served as a catalyst for what I deem is my responsibility to do my part to attract and support others who are underrepresented.”

Women are filling powerful roles in energy, but most say the biggest hurdle their gender must overcome is believing in themselves.

As the only female in her operations team and the only female welder at Dominion, Hrubes says “it takes a significant amount of confidence and courage to do this. But the men I work with respect me for the work I can do and because I can keep up and even surpass them. Having the confidence to walk in there and prove myself was the biggest first step I needed to take.”

Being a part of an under-represented group in the room is never easy, but “we can’t underestimate the skills we have that are valuable in this industry,” Pierce adds. “It takes a lot of different skillsets and experiences and perspectives to make this industry work and work well.”

Women bring that ability to adapt and change to the table, Starring agrees, adding, “I can keep more than one ball in the air and see the bigger picture but never lose sight of the details and how we’re going to get there.”

Additionally, because the customer is at the center of everything the company does, Pierce says that to serve that broad base well takes many perspectives. “Our customers are very diverse,” she explains. “This industry will continue to need that next generation of diverse leaders. For anyone who wants an opportunity in energy, there is room for you.” 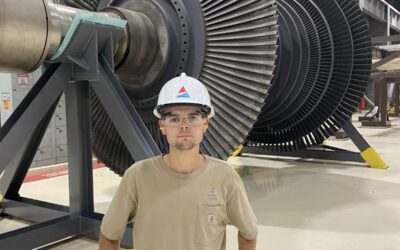 Understanding Trade Schools as a Natural Path for Gas Workers

Exploring Offshore Wind and the Careers it Offers